The Chinese Taoism Kuan-Kung Association in Canada recently celebrated the 1st anniversary of the Active Aging Artist program from its Tian Jin Community with a community gathering that was filled with awards, prizes, performances, food and a raffle draw. The money that was collected for the raffle at this event was donated to BSOSS.

A very big THANK YOU to the Chinese Taoism Kuan-Kung Association in Canada! 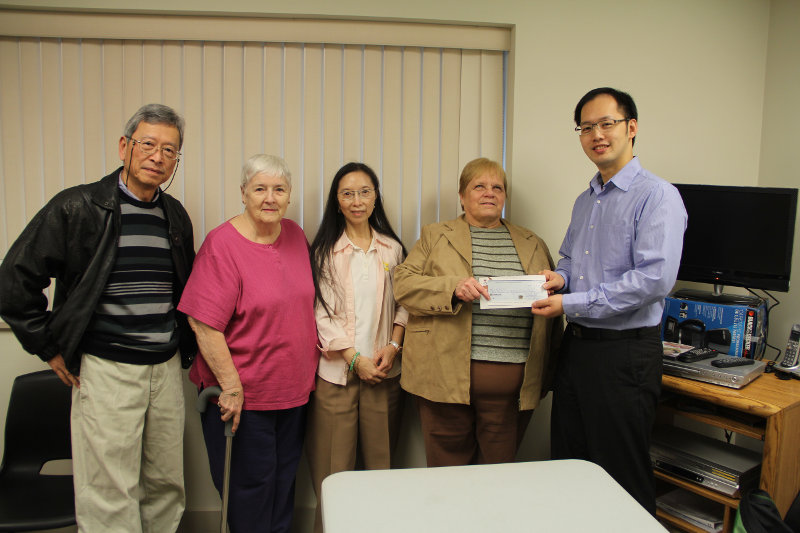 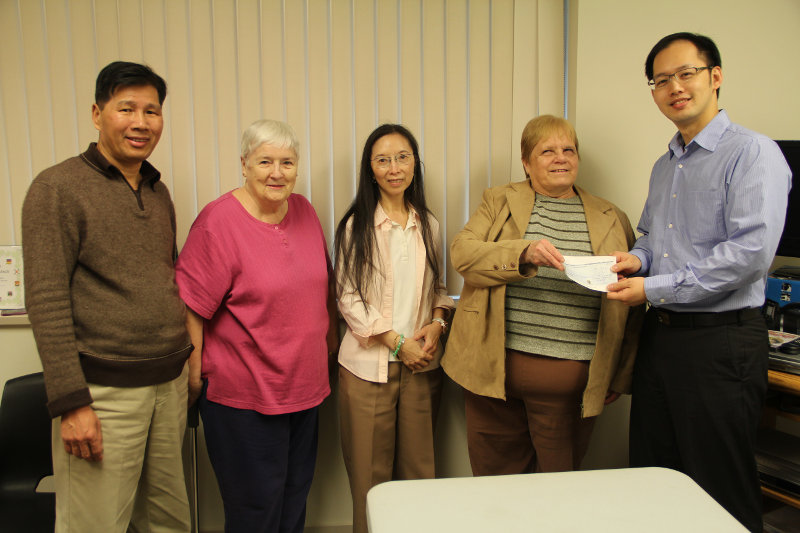 MLA Richard Lee recently presented a certificate of appreciation to BSOSS in recognition of its excellent services to seniors. Annette and Joan were on hand to receive the certificate at the Festival of Volunteers at Brentwood Town Centre on April 12. 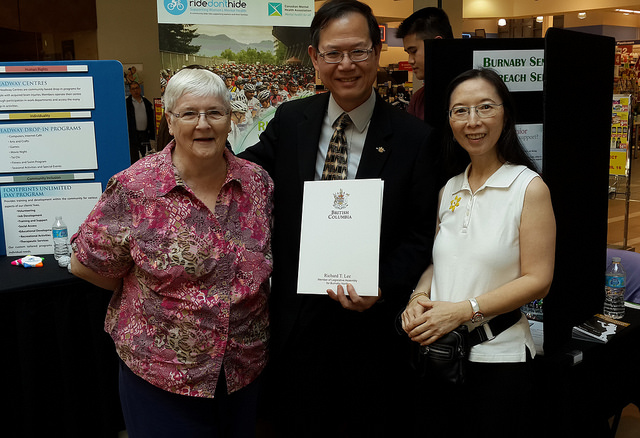 Photos from the Volunteer Recognition Party 2014

In conjunction with National Volunteer Week 2014 (April 6 - 12), a pizza party was held on Wednesday, April 23 to honour our volunteers and the most recent batch of graduating peer counsellors.  Before the party began, certificates for these new peer counsellors were handed out by Linda.

Altogether some 20 BSOSS members and staff were present for the pizza party and everyone thoroughly enjoyed themselves.  The party ended with the cutting of the cake by the graduating peer counsellors.

[Please click on a thumbnail to view the full photo.]